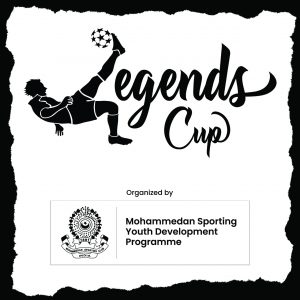 Mohammedan Sporting Club Youth Development Program will hold the inaugural edition of the LEGENDS CUP to be played on April 10/11, 2021.

The tournament will be a tribute to club legends who have contributed their lives to the club and made it one of biggest legacy-based football clubs in the world.

It will be an age category based tournament where the club’s Youth Development kids will showcase their talent. 12 teams will be participating in the knockout competition that will be played at the High Court Ground.

Semifinals and final will be played on Sunday, April 11. Winner of the competition will get the Md Salim Trophy while runners-up will receive the Md Rahim Trophy.