India U-14 boys defeat Kyrgyzstan 3-1 in AFC Festival of Football! 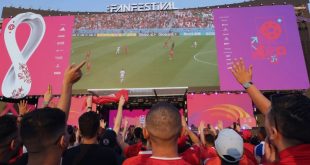 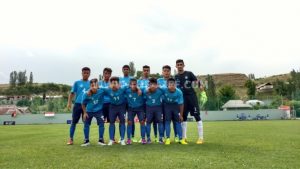 The Indian Under-14 Men’s National Team started their AFC U-14 Festival of Football campaign on a winning note as the Indian colts defeated Kyrgyzstan 3-1 in their opening match of the Tournament earlier today in Dushanbe, Tajikistan.

The Indian colts dominated the match right from the whistle and showcased fluid attacking fused with constant pressing. After taking the lead in the 4th minute through Vikram Pratap, who capitalized following a scuffle in the opponent’s penalty box, the Indian colts doubled their lead shortly after when Lalhriatpuia scored his curling shot saw the light of day to make the scoreline read 2-0 in India’s favour.

With the halves being 30 minutes each, the Indian colts sealed the match in the 21st minute when Eric Chhangte scored from an Angelo Singh flicked header. Although Kyrgyzstan pulled one back in the 25th minute to make it 3-1, there momentum of the Indian colts led them to a decent win as the full-time scoreline read 3-1.

The Indian colts take on Afghanistan tomorrow, May 27 at 9am IST.