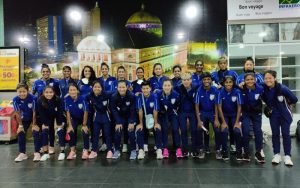 Having returned from Brazil after participating in the Torneio Internacional da Futebol Feminino, the Indian Women’s Team will now set camp in Kochi, Kerala, where they will train for the upcoming AFC Asian Cup, which is set to take place in India next month.

India faced the likes of Brazil, Chile and Venezuela in Manaus, Brazil, something that has helped the girls earn valuable experience, says head coach Thomas Dennerby after the team started its pre-Asian Cup camp in Kochi on Sunday, December 5, 2021.

“We have learned a lot during the three matches in Brazil. The biggest learning for the players was that they know the level that we are trying to reach, both technically and tactically,” said Dennerby. “Another key aspect that we have concentrated on is decision making.”

“For those of us who are in the technical staff, it was all about getting a good telemetry on how the players handle different kinds of pressure,” he continued. “It was a very important tournament for us to see where we stand against quality technical opposition, and we would all like to thank the AIFF for giving us this opportunity.”

With a little over a month left for the AFC Asian Cup India 2022 to get underway in Mumbai and Pune, the Indian Women’s Team coaching staff is on a mission to prepare the team for both the long and the short term objectives.

“If you look at the matches in Brazil, we tried to give playing time to all of our players on the field, even though it was against oppositions that were playing at a higher level than us. We are preparing the team for both the short and the long term, and as a team, we can definitely do much better,” he stated.

For the 62-year-old Swede, the Indian Women’s Team has shown great discipline and resilience in defence, though the passing game is something that can be further worked on.

“Our last two games (against Chile and Venezuela) were very similar. We were very disciplined and strong defensively for large parts of the games. But our weakness perhaps lies with the passing game, and that is something that we need to work on,” he said.

The Indian Women’s Team has set camp in Kochi, Kerala with infrastructural and logistical aid from the Government of Kerala, which is also currently hosting the Senior Women’s National Football Championship. 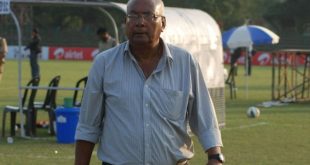