JSW Youth Cup to return for U-15 Academy teams in Bellary! 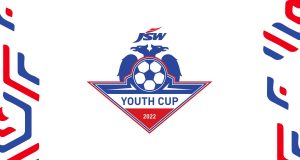 Bengaluru FC have announced that the JSW Youth Cup would take place for a third time, this one for Under-15 Academy Teams and is set to begin at the JSW Township in Bellary on Wednesday, May 4.

In addition to the Young Blues, teams from RoundGlass Punjab FC, Sports Odisha, FC Goa and Reliance Foundation Young Champs are set to take part in the competition, scheduled to play out in a League-cum-knockout format.

“Our U15 squad took part in the KSFA ‘C’ Division League last month and that allowed us to test ourselves against teams from across Karnataka. The JSW Youth Cup will help us assess ourselves against some of the best Academy teams in the country and give our players a better idea of where they stand among players their age,” said Bengaluru FC U-15s Head Coach, Rajan Mani.

The League stage of the tournament will see the Academy sides play each other once, with teams finishing in the top four facing each other in a single-legged semifinal before battling it out in the final.

Matches at the U-15 JSW Youth Cup will be 90 minutes long, with an interval of 15 minutes. Games are scheduled to take place at the JSW Vidyanagar Township Football Ground with Bengaluru FC’s U-15s set to face FC Goa in the opening encounter on Wednesday, May 4 at 8am.