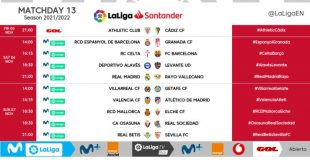 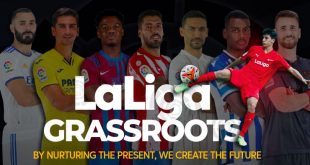 LaLiga Grassroots to support and promote grassroots football around the world! 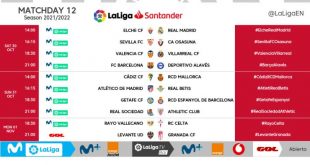 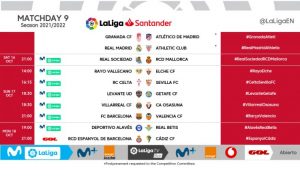 The Spanish LaLiga returns and have confirmed kick-off times for Matchday 9 of LaLiga Santander 2021/22.

However, dates have not been assigned to the matches between Granada CF – Atlético Madrid and Real Madrid – Athletic Club, with their respective kick-off times to be confirmed at a later date.

Like in Matchday 4, LaLiga have requested the postponement of these matches to the RFEF’s Competition Committee due to FIFA’s foregoing decision to extend the international break for countries involved in Conmebol’s FIFA World Cup qualifiers up until the evening before the Matchday (October 14, or the early morning of October 15 in Spain), affecting the preparations of teams involved in UEFA Champions League matches on Tuesday, October 19.

The request made to the Competition Committee, along with the existing postponement from Matchday 4, intends to alleviate the damage caused by a decision threatening the sporting integrity of the competition as much as possible.

Dates and kick-off times are subject to change depending on regional weather forecasts. 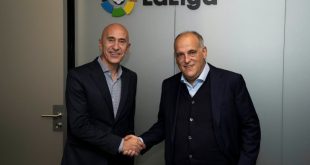 World Padel Tour is stepping into the future alongside LaLiga Tech, agreeing a partnership that …