FC Bayern Women’s team to participate in The Women’s Cup in the USA!

2021 CONCACAF Gold Cup final to be held in Las Vegas! 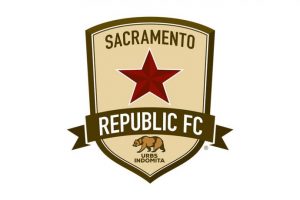 Sacramento Republic Football Club will begin play in MLS in 2022 and will build a new, $300 million, 20,100-seat soccer stadium in the downtown Railyards District. The stadium will be a centerpiece of a redevelopment project that will include housing, retail, theaters, parks, museums, a hotel and a major medical center.

Republic FC is owned by a group of highly-successful visionaries in the worlds of business, sports and culture. Ron Burkle, the technology, retail and hospitality entrepreneur, movie producer and owner of the NHL’s Pittsburgh Penguins — who have won three Stanley Cups under his direction, joined the existing ownership group to become the club’s lead investor. Also joining the investor group for the MLS expansion team is Matt Alvarez, the entertainment executive and producer known for his work on the Academy Award-nominated “Straight Outta Compton” and several popular film franchises. Longtime Sacramento area business leader and current Sacramento Kings investor Kevin Nagle remains a central member of the investor group, a position he has led since 2014.

“Major League Soccer continues to grow throughout North America and we are so proud to welcome Sacramento as our newest team,” said Commissioner Garber. “For many years, soccer fans in Sacramento have passionately supported Republic FC and shown that the club deserves to be competing at the highest level. Thanks to the determined efforts and commitment of new owners Ron Burkle and Matt Alvarez along with the leadership of Mayor Darren Steinberg, Sacramento will join MLS with a world-class soccer stadium that will transform the sport in California’s capital.”

The 20th largest media market in the United States, Sacramento sent a message to the North American soccer community in 2014 when the debut of their USL club saw a capacity crowd of more than 20,000 fans pack Hughes Stadium for the inaugural match of Sacramento Republic FC. Since then, Sacramento has demonstrated its love for soccer — selling out match after match for Republic FC and establishing a new standard at the USL level. In the USL, Republic FC has set league records in many business metrics, including season ticket sales and merchandising, and have hosted exhibition matches against top international clubs.

The excitement and support from within the community over MLS coming to Sacramento has been evident throughout the expansion process. When Republic FC announced two years ago that season ticket holders would receive priority when the club joined MLS, the club received commitments for more than 10,000 season tickets for the proposed MLS team.

The corporate community has already displayed its support for Sacramento’s MLS team. In one extraordinary example, UC Davis Health signed a multi-year partnership agreement in October 2017 with Republic FC to be the sponsor of its first jersey. The agreement begins when the club starts play in MLS.

“Sacramento’s selection by Major League Soccer for an expansion team is a victory to be celebrated by everyone in our community,” said Burkle. “This has been a true team effort between the amazing soccer fans of the Sacramento region along with Mayor Steinberg and City Council, our partners and corporate leaders. We are proud to be part of the team that Kevin Nagle put together, which is made even stronger by an incredibly committed local ownership group. The relationship between Sacramento and our club already is a special one, and I’m committed to deepening that connection for years to come.”

Known for its diversity of cultures and ethnicities, Sacramento regularly ranks among the best places to live and work in the United States. Nearly 25 percent of Sacramento County’s residents identify as Hispanic or Latino. Sacramento also is among the most robust markets for soccer participants in the U.S.; the per capita rate of participation in youth and adult soccer leagues in Sacramento is second in the country, with nearly 100,000 youth players in the community.

“Sacramento is a dynamic city that is perfectly positioned to join and be successful in the fastest-growing professional sports league in the world,” said Alvarez, a Bay Area native who attended the University of California, Davis before he started his career in entertainment. “I have immense respect and appreciation for the Sacramento community and have no doubt that we will bring the most passionate supporters that Major League Soccer has ever seen.”

With the addition of the MLS team in Sacramento, 19 clubs have joined MLS since 2005, fulfilling a vision for strategic expansion that has transformed the landscape of professional soccer across North America. Republic FC will add another major professional sports franchise to the city, joining the National Basketball Association’s Kings. It will be the fourth MLS club in California, following the LA Galaxy, San Jose Earthquakes and LAFC. An intense rivalry is likely to form quickly with the Earthquakes, who play just 90 miles southwest of Sacramento.

“Today’s official announcement of the selection of Sacramento to join Major League Soccer makes this a monumental day in our city’s history,” said Sacramento Mayor Darrell Steinberg. “I want to thank Commissioner Garber and everyone at MLS for believing in Sacramento, and I’m delighted that the faith shown in our city by Ron Burkle and Matt Alvarez has been rewarded. As an MLS franchise, Republic FC and our new soccer stadium will spur additional economic and cultural growth for Sacramento. This is a breakthrough for our city.”

“The game of soccer is special in my family. I’ve seen up close and personal how the ‘beautiful game’ can bridge diverse populations, build lasting relationships, and create a shared sense of community,” said Governor Gavin Newsom. “With Sacramento Republic FC officially joining the ranks of Major League Soccer, California is now the only state in the nation with four MLS clubs, and I’m excited to watch the Golden State rivalries thrive in the years to come.”

Fans can secure their spot for Republic FC’s inaugural MLS season now by placing a $50 deposit with the team. Sacramento soccer fans are encouraged to act fast since all current season ticket members – and previous deposit holders – will be granted a priority opportunity for the 2022 season. To place a deposit, visit MLS2SAC.com or call (916) 307-6100.

U.S. Soccer and Hyperice, the industry leader in recovery technology and pioneer of percussion, vibration, …