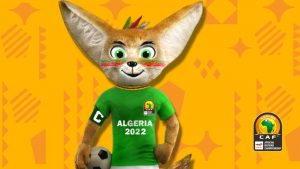 With the clock ticketing and kick-off of TotalEnergies African Nations Championship (“CHAN”) Algeria 2022 kick-off nears, the Local Organising together with CAF unveiled the official mascot for the competition named Cobtan.

Cobtan or ‘Captain’ in English, will be the face of the competition that will kick-off on January 13, 2023 in Algiers – the capital of Algeria.

The opening match of the competition will feature hosts, Algeria against another North African side, Libya at 20h00 local time.

CAF and the LOC will unveil a full-line up of entertainment for the opening act in due course.

The website will be in Arabic, English and French.

The launch of the mascot was attended by Algeria’s top officials including Algerian Minister of Youth and Sports, Mr Abderrazak Sebgag, the wali (Premier) of Algiers, Mr Brahim Merad, as well as the President of the Algerian Football Association (FAF), Mr Djahid Zefizef, the President of the Local Organizing Committee (LOC), Mr Rachid Oukali, the members of the Federal Board, the members of the LOC and representatives of the main local entities involved in the organization of that great event. 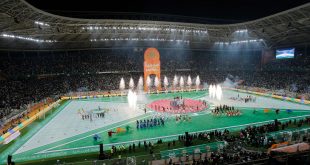