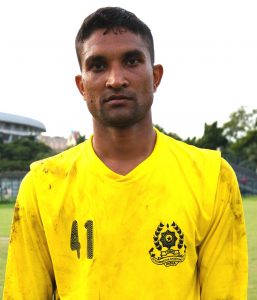 Mohammedan Sporting Club, who are gearing for the forthcoming Calcutta Football League, have boosted their goalkeeping unit with the addition of experienced custodian Vinay Singh.