Mohun Bagan’s Sony Norde: This is our chance to win a Trophy this season!

Arunava Chaudhuri 2016-05-04 I-League, Super Cup Comments Off on Mohun Bagan’s Sony Norde: This is our chance to win a Trophy this season! 1,842 Views 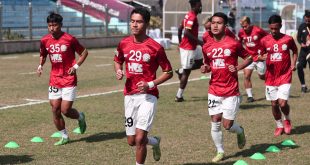 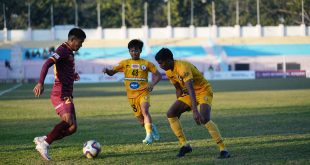 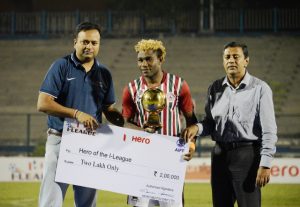 The astounding authority over the pitch, the suavity to percolate any defence at will defines Haitian game maker Sony Norde. The Mariner was adjudged the ‘Hero of the I-League’ in the recently-concluded Hero I-League – courtesy 5 stunning goals and 4 cut-throat assists in 11 matches. Norde who wasn’t available for Mohun Bagan’s away tie against Salgaocar is ready to don the jersey on the morrow, May 5, when the two Teams meet at the Barasat Stadium. In a freewheeling interview to I-League Media, Norde spoke at length about missing the Hero I-League silverware, the desire to win the Hero Federation Cup, his journey at Bagan, the road ahead and much more.

In spite of winning the ‘Hero of The I-League’ award, you missed the Hero I-League trophy by a whisker. Mixed feelings?

Yeah man – you know, it’s one kind of situation when you want to cry but you have to show off your smiling face to whole the World. Everything was going just perfect and match-by-match and we were inching closer to our second consecutive Hero I-League title, that too being unbeaten.

Then the loss in Aizawl followed by the Derby debacle dented our dream. But I would say conceding the goal in the last 20 seconds against Lajong dashed our dream completely. Had we won that match, we could have won the Hero I-League.

You won’t believe, after the win against Bengaluru FC in Siliguri, I locked myself up in a room. Really it hurt me more than anything. We had won both our matches against the Champions but eventually they lifted the Trophy. But we’ve to recuperate ourselves pretty fast for the Hero Federation Cup and we will.

How much significant is the Hero Federation Cup for Mohun Bagan?

It’s our chance to win a Trophy this season. None of us want to finish the season empty-handed. Even our AFC slot is also at stake – we have to make it count. The formation is really exciting – you can’t sit laid-back after one match. That’s the charm which will keep you engrossed and am completely captivated by it.

You haven’t played three matches this Hero I-League and the title hope was blown away. Do you think your presence could have changed the equations?

You never know what is going to happen in a Football match. When I left for my International duty, Mohun Bagan was running like a well-oiled machine. But then we succumbed to two successive losses and then the next two draws cost us heavily. Had I been there I could have come of a little help to our Team — we might have earned a few more points from those four matches.

Your football journey has been quite a fascinating one so far. Haiti to Argentina and then Bangladesh, followed by India. What is Sony Norde’s next stop?

(Laughs) Might be the Moon, who knows! Before coming to India, I got an offer from KV Oostende (currently fifth in Belgian Pro League). After the medical Test, I realised that the remuneration was almost same what I was getting in Bangladesh, hence, I had no other option but to drop it. Eventually, I landed in Kolkata to join Mohun Bagan.

Even I had an offer from Mexico this season. It was almost done but finally, I chose Mohun Bagan over them again. The love and respect I got from the Mariners – I couldn’t put them aside. But, it’s too early to say anything for the next season. Let’s see what awaits us next. You never know what’s up there for you tomorrow.

Given an opportunity will you play for any other Club in India, apart from Mohun Bagan?

I’m a professional sportsman and the career won’t last long. We have to take care of our Family even after our career is over. But frankly, the love of the Mohun Bagan supporters has been unbelievable. I really feel like I’m one of them. It might hurt their sentiments but at the end of the day, it’s about our career and our future.

You mention about the love – can you cite some examples for us.

One day I went for a movie with my fiancée in Kolkata. You won’t believe me, in the middle of the show some Mohun Bagan supporters came to take a picture with me. The joy, the elation which I saw in their eyes – I just can’t let them down. Wherever I would move in future, Mohun Bagan supporters will always be with me – in my heart.

Did Mohun Bagan miss a leader like Pierre Boya this season?

Off course! It’s beyond any doubt that we played this season sans a Leader. In quite a few occasions we could have changed the result but eventually, it didn’t happen as the Players weren’t properly ushered. You need a master who would run the show on the pitch – otherwise, the mission fails, as I strongly feel.

Where does Sony Norde want to see himself in next 5 years?

I’m 27 years old now. In next 3 years, I want to get back to Argentina or Haiti. I won’t be paid a big fat salary every month. But the quality of Football is soaring up rapidly in our Country. Football is nothing but oxygen to me — I can’t survive without it. Maybe I want to retire by 35. But if a lucrative offer comes my way from anywhere else I won’t let it go. Never!