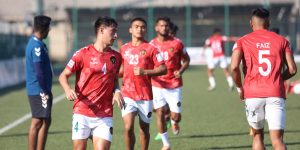 A struggling Mumbai Kenkre FC will host league leaders Sreenidi Deccan FC in the I-League at the Cooperage Stadium in Mumbai on Monday, January 23, 2023. The kick-off is at 7pm IST.

When Mumbai Kenkre FC travelled to Hyderabad for the away game against Sreenidi Deccan FC, they lost narrowly by a solitary goal. Since then, it has been a completely different tale for either side. After picking up the win, Sreenidi Deccan FC did drop points against Rajasthan United, but later they went on to give a stellar performance against RoundGlass Punjab FC to win the game 4-0 and subsequently move to the top of the table.

On the other hand, things went from bad to worse for Kenkre FC. Following the defeat in Hyderabad, they went on to lose two more games, by an identical 0-3 margin against both RoundGlass Punjab FC and Mohammedan Sporting. To make it more uncomfortable for the Mumbai outfit, NEROCA FC, who too are in the relegation zone, picked up two wins on the trot, which took them four points clear of Kenkre, hence further increasing the relegation threat for the Mumbaikars.

Addressing the media at the pre-match press conference, Mumbai Kenkre FC head coach Akhil Kothari said a run of poor results is always a part of the game. He expected commitment from his players to put on their best performance in tomorrow’s crucial encounter. “There are both good days and bad days and we all are working very hard while trying to overcome the situation. The players are motivated and we all are focused for tomorrow’s game. We all know how important this game is because it’s at home,” he said.

Kothari informed that Nepal international Anjan Bista has freshly been recruited by his club and he hoped the player would play a major role against Sreenidi Deccan FC. “I am sure Anjan’s experience on the international stage will benefit the team,” he said. 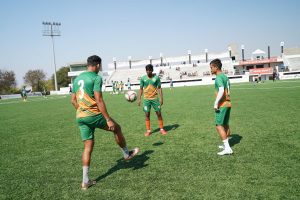 Sreenidi Deccan FC head coach Carlos Vaz Pinto stated that his side is determined to get the win tomorrow. The Portuguese then talked about the opponents who have been unlucky in their recent games. “Our focus is to score three points tomorrow. For that, we know we always have to respect the opponents. They have good players and they are a good side. However, the results somehow haven’t gone their way. We have to be ready for a tough match,” Pinto said.

The match between Mumbai Kenkre FC and Sreenidi Deccan FC will be broadcast live on Eurosport and Doordarshan Sports and streamed live on the Discovery Plus OTT platform.