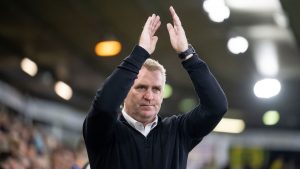 As the club continues to work towards its on-field objectives this season, the board believe that it is the right time to make this transition.

The club’s remaining coaching staff, led by Steve Weaver and Allan Russell, will take charge of first team training and the upcoming fixtures on an interim basis.

The club will now work to identify and appoint a new head coach that is able to deliver both the level of performances required to challenge at the top end of the league whilst implementing a consistent style of play.

Sporting director Stuart Webber said, “This was a tough decision, but one that we felt was necessary to give ourselves the best possible chance of achieving our objective of promotion to the Premier League this season.”

“We would like to place on record our thanks to Dean, Craig and Liam, who have always put the best interests of the football club first.”

“With just under half of the season remaining and three consecutive home games on the horizon we now have a real opportunity to build some forward and positive momentum, both on and off the pitch.”