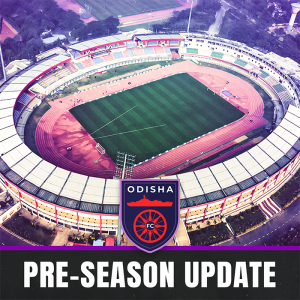 Indian Super League club Odisha FC will kick-off their pre-season activities on Monday, July 11 in Bhubaneswar. The first part of the pre-season will be a boot camp for the Indian boys which will last for approximately two weeks.

Clifford Miranda will be in-charge of the Indian players’ training camp.

New head coach Josep Gombau, his international coaching staff, and the foreign players will arrive towards the end of July. The entire team will start preparations for the upcoming season following their arrival.