Odisha FC’s second kit by hummel revealed as tribute to the Kalinga Warriors! 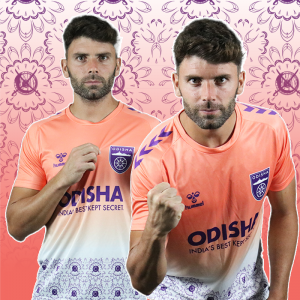 Odisha FC revealed its second kit for the upcoming 2021/22 Indian Super League. The second kit represents the traditional warriors of Odisha – Paikas and is a tribute to the brave warriors from the region who fought against the Britishers in the 19th century. The ‘Sunrise’ colour in this kit is inspired by the rising sun and symbolises #ANewDawn.

Being the only professional team from the State, Odisha FC, with a nickname of The Kalinga Warriors, is committed to spreading the essence of Odia culture and tradition across the globe. The design on the second kit has swords and shields printed on it which gives a sense of pride in representing a place that has such a rich history of traditional warfare.

Odisha FC had also launched its third kit a few days ago and that is inspired by the waves of Puri beach and represents the vast coastline and magnificent beaches of Odisha. The Bhubaneswar-based side will soon reveal its first kit ahead of the upcoming ISL matches in Goa.

A homage to the warriors of Odisha – The Paikas and…