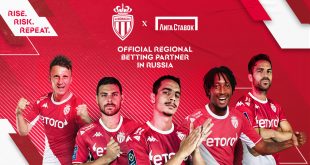 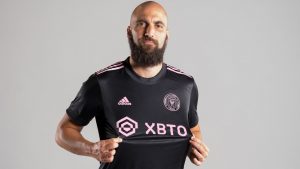 The jersey partnership, which is among the biggest deals in MLS to date, marks the first cryptofinance partnership deal in the league. As part of the agreement, both Miami’s primary and secondary jerseys will don the XBTO logo, beginning with the club’s next game at home against the New York Red Bulls on Friday (7pm ET | FS1, FOX Deportes).

“We are pleased to welcome XBTO to our Inter Miami family and to be able to share another milestone with our fans,” said Inter Miami CEO and managing owner Jorge Mas in a team release. “XBTO will be fully integrated across Inter Miami’s platforms beyond the jersey. Together we will raise awareness and build credibility, and further accelerate the social benefits of cryptocurrency through strategic initiatives as XBTO continues to redefine the next era of finance.”

XBTO, which relocated its headquarters to Miami in April, will also be prominently featured at DRV PNK Stadium in Fort Lauderdale after it secured entitlement rights for the NW Club.

“As institutional adoption of cryptofinance continues to grow, XBTO is dedicated to establishing greater trust, transparency and stability within the industry,” said XBTO founder and CEO Philippe Bekhazi. “Our partnership with Inter Miami brings us one step closer in our mission to advance cryptofinance beyond the digital asset industry.” 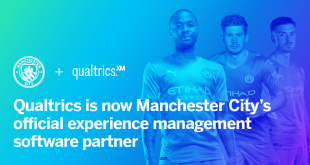 Manchester City have announced a new partnership with Qualtrics, the leader and creator of the …