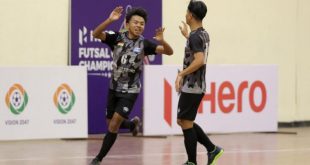 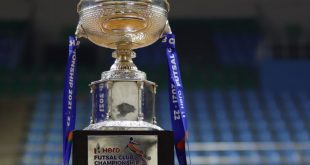 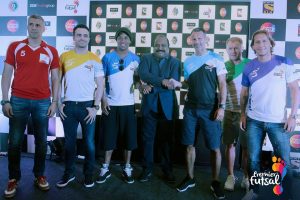 A day before the kick-off of the inaugural Premier Futsal league in Chennai, the organisers welcomed all the players, foreign and India, and to the delight of the media and fans, the six marquee players from around the world in town.

The arrival of Brazil’s Ronaldinho, Ryan Giggs (Wales), Paul Scholes (England), Hernan Crespo (Argentina), Michel Salgado (Spain), and Futsal legend Falcao of Brazil has given the league a major boost in what they hope will be a successful first season of a new sport in futsal in India.

“It’s still early days, but we are extremely delighted to be able to present International legends of this stature to Indian audience through Premier Futsal. As the primary investor of this league, I have always had full-faith in sport’s potential and can’t wait for it to start tomorrow,” Xavier Britto, Premier Futsal chairman and promoter said.

International Freestylers led by Sean Garnier will also showcase their skills and give the audience a glimpse of what to expect from the tournament.

In total six franchises (Kolkata 5’s, Chennai 5’s, Goa 5’s, Mumbai 5’s, Bengaluru 5’s and Kochi 5’s) have been divided in two groups of three teams each to battle it out in the preliminary group stage, then semifinal and final over eight days and 15 matches to be crowned inaugural Premier Futsal champions in the final which will be played in Goa on July 24.

As per league rules, each franchise has a marquee international football player, seven internationals and five Indian futsallers.