Revamped UEFA anti-match-fixing working group gets down to business!

Press Release 2022-07-21 Europe Comments Off on Revamped UEFA anti-match-fixing working group gets down to business! 319 Views

Revamped working group brings together top anti-match-fixing experts to promote international cooperation and action in the fight against match-fixing.

The revamped working group consists of a permanent core group formed of representatives of the Council of Europe, Europol, Interpol, the Group of Copenhagen (advisory group of the Macolin Convention’s follow-up committee), with other stakeholders invited to contribute to individual working group sessions based on the agenda and location of the sessions.

The core group members were joined in Manchester on 5 and 6 July by a select group of integrity experts from the International Olympic Committee, CONMEBOL (the South American football confederation), the English FA, the Sports Betting Intelligence Unit of the UK Gambling Commission, CK Consulting and Sportradar. The main discussions focused on the primary challenges facing the anti-match-fixing community and the measures, both strategic and operational, that would have a tangible impact in combatting match-fixing.

The group explored potential solutions to longstanding challenges – such as timely information sharing, the harmonisation of national association disciplinary regulations and the need for legislation specifically criminalising match-fixing in all jurisdictions – in addition to brainstorming ways to address new developments within the match-fixing landscape, in particular, how to combat the increase in virtual corruption approaches, considering, in this context, the expanding digital footprint of athletes, officials and coaches and the increasing adoption of cybercrime tactics by match-fixers. The working group selected one challenge for near-term focus, which will be addressed in a series of upcoming multilateral exchanges.

Originally established in 2014 as an ad hoc group of stakeholders, the working group met five times between its creation and 2019. The working group’s revamp aligns with UEFA’s anti-match-fixing action plan, which was approved by the UEFA Executive Committee in July 2021 and pinpoints the need for strengthened stakeholder cooperation and new approaches to fighting match-fixing, among other deliverables. The working group is scheduled to meet once a year and its objectives broadly include the promotion of international collaboration at policy, investigative and educational levels both within football and by state authorities. 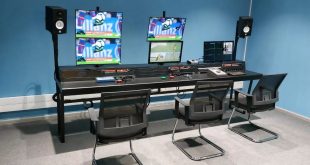 Ahead of the new season of the Azerbaijan Premier League which kicks off on Friday, …