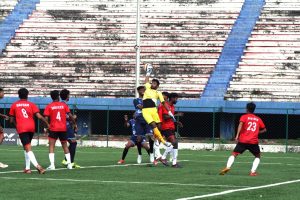 The match was played at the Bangalore Football Stadium on Thursday, August 11.

Roots FC started the match with four Under-18 players in the Starting XI.

The only goal in the match was scored by Vishal R (Jersey no 11) in the 45+2nd minute of the game.