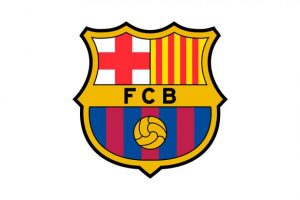 FC Barcelona have reached an agreement with Alfred Schreuder and Henrik Larsson for their incorporation into into the coaching staff, headed by new coach Ronald Koeman. Both have signed on contracts through to June 30, 2022.

Koeman and Larsson coincided during their playing careers at Feyenoord between 1995 and 1997. Now, 23 years on, they reunite at the Camp Nou, where both achieved success on the pitch. Larsson has been coaching in his native Sweden, in the dugout at Falkenberg and Helsingborg.

Alfred Schreuder, born in Barneveld (the Netherlands) on November 2, 1972, is an expert in set pieces, with extensive experience in his homeland and in Germany. Schreuder has been part of the coaching staff at Hoffenheim, with whom he qualified for the UEFA Champions League, and also at Ajax in 2018/19 – coinciding with Frenkie de Jong and reaching the semifinals of the top European competition.

Henrik Larsson, born on September 20, 1971, in Helsingborg (Sweden), was a striker who joined Barça in 2004 from Celtic. During two seasons at the Camp Nou, he played 62 games and scored 22 goals. He won the UEFA Champions League, two LaLiga titles and the Spanish Super Cup with FC Barcelona.

After seven seasons with Celtic FC in Scotland, he joined a Barça side that had not won the league since 1999. Frank Rijkaard had just started his second year as coach, and brought in Larsson, Samuel Eto’o and Ludovic Giuly. The club would lift the LaLiga title that season.

In 2005/06, Barça won the UEFA Champions League in Paris. Larsson came on as a substitute in the 61st minute, replacing Mark van Bommel. After his time at the club came to an end, he signed for Manchester United, before returning to Sweden with Helsingborg, Raa IF and Högaborgs BK. As an international, he played 104 games for his country, scoring 37 goals.