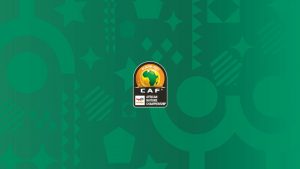 In seven days, 17 African nations will join hosts Algeria in the country’s capital, Algiers for the final draw of TotalEnergies African Nations Championship (CHAN) that will be conducted on Saturday, October 1, 2022.

The draw will be live from the Opera House in Algiers at 19h00 local time (18h00 GMT, 20h00 Cairo time, 21h00 East African Time) and will be live in a number of platforms including CAF TV partners and CAF digital pages.

It will be attended by the coaches and senior officials from the participating member countries.

Algeria will become the seventh nation to host the TotalEnergies African Nations Championship next year between January 13 and February 4, 2023.

They will also become the sixth country to host both the CHAN and TotalEnergies Africa Cup of Nations tournaments, joining Cameroon, Cote d’ Ivoire, Morocco, South Africa and Sudan in hosting both CAF senior men’s tournaments.

Along with Morocco in 2018 only two other hosts; Sudan who ended third in 2011 and Cameroon who placed fourth in 2020 have made it to the Semi-finals.

Of the 18 teams, only Madagascar are making their competition debut, which sees them became the 32nd different nation to qualify for the tournament.

The Democratic Republic of Congo and Uganda have both reached their sixth CHAN Finals; for the Ugandan’s it is their sixth successive qualification having missed out only in 2009, while the DRC only failed to qualify for one tournament in 2018.

Five other countries; Cameroon, Cote d’Ivoire, Libya, Mali and Morocco are appearing at their fifth finals.

TotalEnergies CHAN historic: (Hosts and how they performed):

Previous Kerala Blasters VIDEO: Behind the Scenes of 2022/23 away kit shoot!
Next Fiji & New Zealand chase more celebrations in OFC U-19 Championship 2022 final! 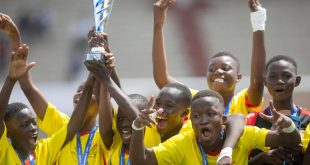