Press Release 2021-12-03 Worldwide Comments Off on The future is now: FIFA bringing performance analytics to a whole new level! 221 Views 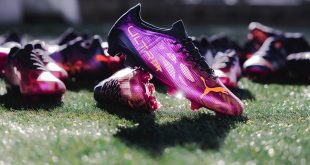 Set the game alight with the PUMA Flare pack! 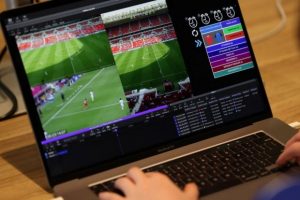 A team of experts are analysing every player for every second of every game of the FIFA Arab Cup 2021, a ground-breaking first that is leading to a swathe of new performance insights in line with FIFA’s vision of increasing global competitiveness through technology.

Analysts are using the new FIFA Football Language, which has been over two years in the making. Launched on Wednesday, it provides an open resource for coaches and players all across the world, aligning technical expertise and developing all levels of the game.

These insights will also be used at the 2022 FIFA World Cup to better understand trends at the very top of the game.

For each match of the FIFA Arab Cup 2021, one member of a team of analysts, based in Newport, Wales, is assigned to one player on the field to monitor, track and code their individual performance.

This includes noting a player’s movement, with and without the ball, how many times they break through lines of defence, and how much pressure they put on opposition ball carriers.

This intensive analysis means that over 15,000 data points are collected from every game, giving team analysts, coaches, players, media and supporters new insights to help them better understand and enjoy the game.

This work reflects the vision of Arsène Wenger, FIFA’s Chief of Global Football Development, whose vision is for technical observations and football data analytics to be used together to increase and develop the understanding of the game and improve the fan experience.

FIFA wants to provide technical directors, coaches and performance analysts with the best possible insights to help them develop talent globally, but to do so, FIFA first needs to understand the status quo of football, both on and off the pitch.

The conclusions, implementable actions, recommendations and insights will then be distributed to technical experts through various programmes or platforms, such as the new FIFA Training Centre, an online football academy.

The team in Newport, headed by Chris Loxston, Group Project Leader of FIFA’s Football Performance Analysis & Insights team, is made up of 50 football analysts, as well as data engineers, data scientists and performance analysts, and is supported by a team on the ground in Doha as well.

“We have a team of 25 analysts working on each game, so we have one analyst covering one player for the entire period of the game,” explained Loxston.

Former England head coach Steve McClaren has also been in Newport in his role as a FIFA technical expert.

A pioneer of using data analytics during the early part of his career as assistant manager at Manchester United, McClaren is animated when speaking about the range of possibilities these insights will provide for coaches and players, as well as fans.

McClaren also sees these insights as being particularly advantageous in increasing global competitiveness.

“For the underdog, for the smaller nations, smaller countries, who probably won’t have access to this information, then it’s invaluable and might just give them a critical edge, a marginal gain, we’re talking about small percentages,” said McClaren.

“If we can give information – and that’s what we’re doing at the moment to the smaller nations, and helping them develop their countries to close the gap – that’s what FIFA wants. That’s their vision.”

After every match at the FIFA World Cup in Qatar, FIFA will provide key data points to all 32 teams and will use key metrics to better inform the television audience during live play. 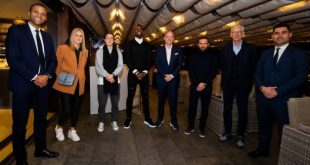