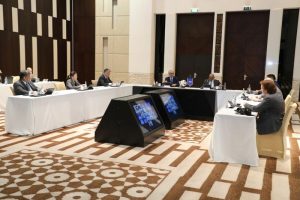 Chairing the 10th AFC Executive Committee meeting in Dushanbe, Tajikistan, the first-ever to be held in the Central Asian nation, the AFC President commenced the proceedings by extending his gratitude to the Tajikistan Football Federation for their warm welcome and hospitality.

Shaikh Salman also underlined the appreciation of the AFC towards its MAs following the recent conclusion of the AFC Champions League 2022 Group Stage, whilst acknowledging the efforts of all the host MAs in ensuring the AFC remained on course towards delivering nearly all its competitions in 2022.

“After nearly two years, we also welcome the return of Asian futsal with the qualifiers for the AFC Futsal Asian Cup in progress. And again, thanks to our centralised hosts.

“Across the Continent, the hosts for the AFC Cup, the qualifiers for the AFC Asian Cup China 2023, our crown jewel – have also been finalised.

“The pandemic tested our resolve like never before but the Asian football family continued to showcase incredible unity to rise above great adversity so all credit must go to our MAs and RAs for their dedication.”

Turning his attention towards enhancing the foundations of the AFC MAs to usher in greater success in the post-pandemic era, the AFC President also announced two new programmes focused on further elevating the development of the AFC’s MAs.

He added: “The launch of our two new development programmes – the Advantage Programme and the Extra-Time Programme – further reinforces our commitment to our members.

“These programmes will be complemented by the Enhance Programmes launched just six months ago. Both Extra-Time and Advantage are customised and designed for our aspiring and developing members.

“Above all, they underline our desire to narrow the gap in Asian football, and to raise the level of competition across the Continent.

“My dear friends, I am sure you will all agree that we are well on the road to emerge stronger from this pandemic and I have all of you to thank for your overwhelming support.”

FIFA President Gianni Infantino recently announced his intention to stand for re-election in 2023 and Shaikh Salman wholeheartedly welcomed the bid.

“The AFC and the Asian football family welcome President Infantino’s re-election bid and I can assure him today that we will stand united behind his candidature.

“President Infantino has provided inspirational leadership to Asian and world football at a time of deep crisis and we are grateful to him for his steadfast support to the Asian football family,” added the AFC President.

The highlights of the 10th AFC Executive Committee meeting are:

Previous Why is the UEFA Champions League so popular?
Next Kerala Blasters Reserves VIDEO: Close Range with Tomasz Tchorz! 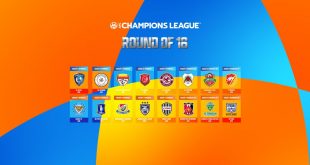