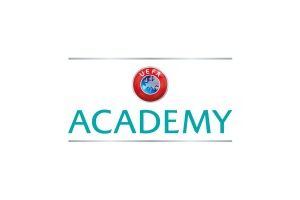 Women’s football in Europe continues to break new ground, as demonstrated by the record-breaking UEFA Women’s EURO 2022 and the incredible success of the reformatted UEFA Women’s Champions League.

This on-field progress is perhaps the most eye-catching of the advances being made as part of UEFA’s Time For Action women’s football strategy, but equally importantly, more and more women are taking up influential leadership positions off the pitch.

One of the important vehicles enabling this change is the UEFA Academy, which offers a variety of learning and development options to help people develop their career within the game.

UEFA chief of women’s football, Nadine Kessler, is among the graduates of the Academy’s Football Law Programme (UEFA FLP), and Norwegian Football Federation president Lise Klaveness completed the UEFA Executive Master for International Players (UEFA MIP). The UEFA MIP is tailored to helping elite players transfer their skills to a second profession, but there are a range of options for non-players to also enhance their skills.

Among them is the Women in Football Leadership Programme (WFLP) – organised every two years in partnership with FIFA and designed for women who have the potential and motivation to progress into senior leadership positions within their football organisation or who are already in such roles. Participants work on and discuss aspects of leadership, while also focusing heavily on self-awareness and how this can support their career development.

Nadine Kessler, UEFA chief of women’s football, said, “Developing a new generation of female leaders in football is crucial to promote greater gender balance in representative roles across football and its decision-making bodies.”

“By identifying talents and providing them with a platform that can unleash potential, elevate their capabilities and, most importantly, empower them to step up and take on leadership opportunities, the WFLP encourages both personal and professional growth.”

RB Leipzig have added an exciting teenage talent to the squad, completing the signing of …