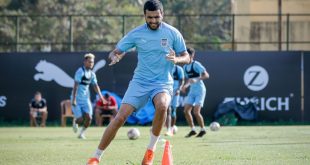 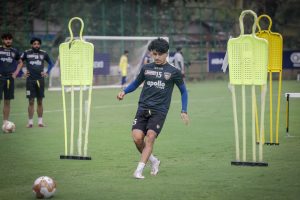 Chennaiyin FC will be hoping to register back-to-back Indian Super League victories for the first time this season when they face SC East Bengal at the GMC Stadium in Bambolim on Monday evening. Coming into the clash on the back of a 2-1 win over Odisha FC four days back, Chennaiyin FC and Csaba Laszlo will be looking to get the better of a confident Robbie Fowler-coached side that drew their previous outing 1-1 against Kerala Blasters.

Portuguese forward Isma Goncalves’ objective will be to add to his quickfire brace against Odisha FC, after returning from injury. And defensively, the likes of Vishal Kaith, Enes Sipovic and Eli Sabia will be gunning for a fifth clean sheet of the season, which will not be an easy task against a skilful SC East Bengal attack comprising Bright Enobakhare and Jacques Maghoma. Former Chennaiyin FC great Jeje Lalpekhlua could also line up for the Red & Golds, adding more flavour to the encounter.

SC East Bengal themselves will be quietly confident, currently on a six-game unbeaten run that involved a 2-2 draw against Chennaiyin FC in the reverse fixture on December 26 last year. In that clash at the Tilak Maidan, Chennaiyin FC twice took the lead through Lallianzuala Chhangte and Rahim Ali, only to be pegged back through a Matti Steinmann brace from set-pieces. Since then, Chennaiyin FC have looked better at the back, barring the disappointing display against Hyderabad FC in a 4-1 loss earlier in January.

A win for Chennaiyin FC could see them replace Hyderabad FC in fourth place. But the Chennaiyin FC camp is not fussed about other results, with their focus firmly on the opposition at hand.

“We must aim to keep a clean sheet and take our chances. In the midfield and defence, we must pay utmost attention, and improve our movement off the ball. Overall, I am happy with the team and I am sure we will take confidence from our win in the previous game. We prepare to face SC East Bengal as a unit,” Laszlo said in his pre-match press briefing.

The Hungarian coach was joined by central defender Sipovic for the press conference. Asked about his experience in India in what is his first season here, the Bosnian said, “This is a tough and challenging league to play in. The quality of football and work ethic here from all the teams is amazing. Every game is tough. We are now into the second part of the league season. We will strive to be better than how we were in the first part of the season.”