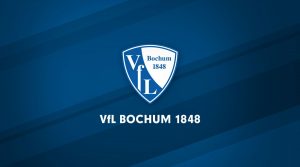 VfL Bochum 1848 has relieved head coach Thomas Reis and assistant manager Markus Gellhaus of their duties and released them with immediate effect. Heiko Butscher, coach of the Under-19s, will take over Reis’ duties on an interim basis.

VfL Bochum 1848 would like to thank Thomas Reis and Markus Gellhaus for the success the club has achieved in recent years. Thomas Reis took over the team three years ago in a very difficult phase and led the club away from relegation after lockdown. In the following season, the team won the championship in Bundesliga 2, which meant promotion to the Bundesliga. The return to the Bundesliga caused huge joy, not only among the fans but also within the team. The following season, which saw the team stay in the Bundesliga, was almost like a fairytale.

As wonderful as these events were, they have since been overtaken by reality. The team is currently without a single point after six matchdays, the worst start to a season in VfL’s Bundesliga history. The team has still not found itself. Consequently, a thorough and in-depth analysis has taken place, for which the club management deliberately took a lot of time in order to do justice to the scope of the decision. After this analysis, the conclusion was reached that a change of manager was necessary. Many may consider the chances of staying away from the relegation zone to be slim at the moment, but those responsible at VfL still see options for achieving this goal at this point in time.

Patrick Fabian, Director of Sport at VfL Bochum 1848, said, “It should be clear to everyone that this decision is not easy for us. Thomas Reis has a connection to the club and the city that goes beyond the successful past three years. It is also true that before the season there were efforts to continue working together. Since contract negotiations were increasingly influencing public perception, we decided together with the coach to postpone them and subsequently communicated it that way. The aim of this measure was also to focus on the sport and therefore allow calm to return.”

Patrick Fabian continued, “We urgently need to find solutions to improve the very difficult sporting situation and at the same time to fade out issues that have a negative influence on that. Heiko Butscher has agreed to take over the team on an interim basis until further notice. At the same time, we are working on finding a successor for the head coach position.”