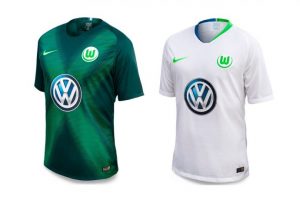 At a ceremony in Hanoi, the Vietnam Football Federation (VFF) and German Bundesliga side VfL Wolfsburg earlier this week signed an agreement to work together in the future. Pierre Littbarski travelled to Vietnam on behalf of VfL and met, among others, VFF general secretary Dr. Tran Quoc Tuan.

In the declaration of intent, the VFF and VfL agreed to follow a joint strategy in the areas of know-how transfer, marketing and corporate social responsibility (CSR). The plan includes, for example, training camps in Vietnam and Germany, strengthening of youth work, ‘Train the Trainer’ programmes and exchange of knowledge with regard to pitch maintenance and stadium infrastructure.

In each of these areas, the VFF not only wants to improve the structures for men’s teams, but also specifically boost women’s football in the country. It was therefore fitting that after the official ceremony, Littbarski visited the VFF’s youth performance centre and led a coaching session for the under-16 girls.

There is great interest in German football and this collaboration in Vietnam, with all the activities attracting numerous journalists as well as Vietnamese state television coverage.