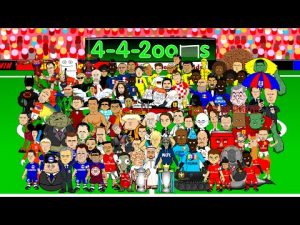 I just love to watch the 442oons and their funny take on football and its matches!

Here comes the latest as 442oons get exclusive behind the scenes footage of England manager Roy Hodgson’s substitution plans for half-time as it was a Mission Impossible at the time but Daniel Sturridge came on with Jamie Vardy and changed the complexion of the match after Gareth Bale’s moment of glory.