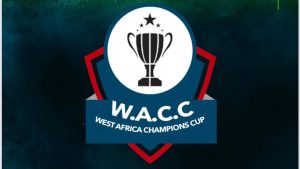 A tournament involving four clubs has been launched in Guinea to help West African sides to prepare for the upcoming CAF interclubs competition this season. Yorokoguia, a town located at the exit of Conakry (capital of Guinea), will host the friendly competition from August 21 to 25.

The first edition of the West Africa Champions Cup will host teams playing in the TotalEnergies CAF Champions League this season.

Guinea, which hosts the event, has two teams, namely Horoya, the country’s champions, and SOAR, its runner-up.

The other teams are Senegal’s Casamance Sporting Club and Djoliba of Mali.

The competition will be played in a single group and the team with the highest number of points at the end of the matches will be declared the winner.

“The West Africa Champions Cup is a concept that supports the preparation of qualified West African clubs in the African campaign. It is a question of bringing together, for this first edition, four clubs winners of their respective championships and/or qualified in the Champions League, in the same country, with the aim of playing several friendly matches. This would allow them to prepare better for the new campaign,” said Alpha Mady Touré, project coordinator.

“It is for us to help improve the performances of clubs in the West African zone, whose only flag bearer to date remains Horoya AC of Guinea. A good preparation with the involvement of Horoya can lead to a good collective performance, thanks to this friendly tournament. We firmly believe in it”, added Touré without forgetting to specify that the competition will be open to clubs from other CAF zones soon.

Antonio Mamadou Souaré, former president of Feguifoot (Guinean Football Federation) and former member of the CAF Executive Committee is the sponsor of this first edition of the West Africa Champions Cup.

Following the draw of the CAF interclub preliminaries last week, In the first round, Horoya will face the Hawks of Gambia while SOAR will play against AS Nigelec of Niger.
Casamance Sporting Club will take on JS Kabylie from Algeria while Djoliba will challenge Deportivo Mongomo from Equatorial Guinea.