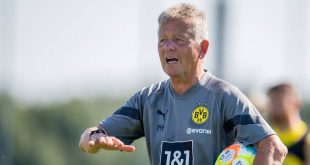 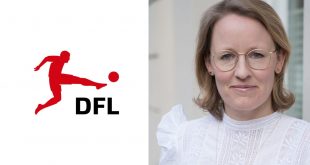 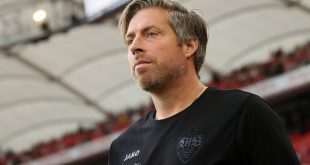 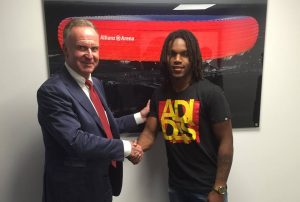 German Bundesliga record champions FC Bayern Munich and Portugal’s Benfica SL have have agreed terms for Portugal’s international teenage sensation Renato Sanches to transfer the midfielder to FCB for the start of the 2016/17 season.

The much sought after Renato Sanches is one of the most talented young players currently in European football with clubs like FC Barcelona, Real Madrid, Manchester United, Manchester City and others having shown an interest in wanting to sign Sanches.

The player completed the obligatory pre-transfer medical in Munich on Monday, May 9 and has signed a five-year contract binding him to the German champions until June 30, 2021.

“FC Bayern has been watching Renato Sanches for a long period,” commented FC Bayern München AG chairman Karl-Heinz Rummenigge, “we’re pleased we’ve been able to sign him despite big-name international competition. Renato is dynamic, a good tackler and a technically skilled midfielder who’ll add even more strength to our team.”

Bayern deputy chairman Jan-Christian Dreesen commented, “The transfer fee for the current international, who was voted the Shooting Star of Portuguese Football in his home country yesterday evening, is €35 million, plus possible bonus payments that could become due if for example the player is named in the World Team of the Year or FIFA World Player of the Year.”

@Arunfoot
Previous India Youth Coach Nicolai Adam: It will be like a tiny little Mini World Cup!
Next VIDEO: My reporting for Times Now on Munich Suburb Station Knife Attack! 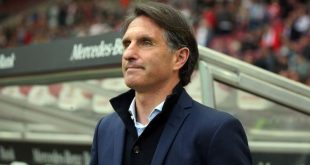