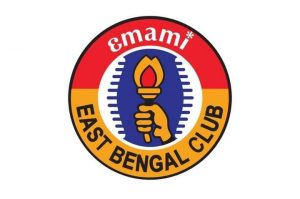 The All India Football Federation (AIFF) has informed its constituents about a FIFA imposed transfer ban on East Bengal FC effective from January 1, 2023.

The AIFF circular signed by Secretary General Dr. Shaji Prabhakaran amongst other things reads, “This circular is to notify all Member Associations and stakeholders of the All India Football Federation that a ban on registration of new players has been imposed on East Bengal FC.”

While it isn’t mentioned in the circular, it is known that the ban has been enforced by the FIFA Players’ Status Department due to non-payment of salaries to Iranian winger of Indian origin Omid Singh, who was signed by East Bengal Club in the summer of 2020 but then did not feature in the clubs inaugural Indian Super League campaign like multiple Indian players signed by the club.

That non-payment to Omid Singh has led to the FIFA transfer ban which the club with the help of their former backers in Shree Cements now is trying to clear, so they can strengthen their squad in the January transfer window.

But until the pending salary is cleared, the FIFA transfer ban will stay in place, which sadly isn’t the first such transfer ban on the red and gold. The last ban was in 2021 for non-payment of salaries to a set of Indian players from the same transfer period in summer 2020.

🚨 | OFFICIAL ✅ : AIFF has informed its member associations that a transfer ban has been imposed on East Bengal FC and the ban is effective from 1st of January until further notice, as per a communication recieved from FIFA’s Player Status Department. ⤵️🙃 #IndianFootball pic.twitter.com/DcXp8x8SBt

@Arunfoot
Previous Queen of the South FC: A special kit with a message of support & inclusion!
Next FIFA & president Infantino express condolences after passing of Saoud Al Mohannadi!