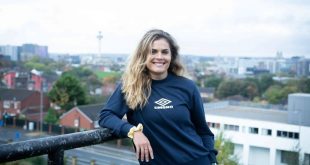 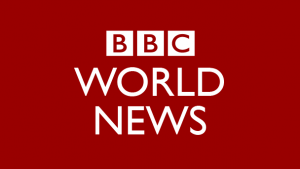 The BBC announced today that it will provide a more personalised, interactive digital service across BBC.com, BBC World News and the BBC Sport app to bring global audiences closer to the fans, teams and world famous players of UEFA Euro 2016 than ever before.

BBC Sport app users will be able to personalise their BBC Euro 2016 service on their devices by setting match alerts for all 24 teams and can choose whether to receive notifications on the line-ups, kick-offs, goals, half-time scores and results. Users can add the Euro 2016 teams to their Quick Links for easy access to all the content about their favourite nations. Digital audiences can also customise what type of content, and how much content, will show on their homepage on the BBC Sport app and online, via the My Sport service.

The BBC will launch two new interactive features for Euro 2016 – the match Predictor and Team Selector. The Euro 2016 Predictor allows fans to use their knowledge and intuition to predict the results of all matches throughout the tournament. Audiences can set up their own league with friends and colleagues to see where they stand in the overall pecking order, and compare their results to those of the BBC’s expert pundits.

With the Team Selector, users can put themselves in the shoes of international managers like Roy Hodgson and pick their own starting 11 for key matches during the four-week tournament. Users will be able to share and compare their selections with BBC Sport pundits and friends on social media.

BBC Sport’s social media accounts will keep followers in touch with the key action on the field – and the most astonishing moments off it. Facebook Live streams, featuring Gary Lineker, Rio Ferdinand, Thierry Henry, Alan Shearer, Dan Walker and other expert pundits will take audiences behind-the-scenes of the BBC studio in the heart of Paris. They will also discuss the big topics of debate and analysis before matches and highlights shows.

Euro 2016 fans across the world can join the match day build up on Sportsday Live on BBC.com from 12.30 pm every day to get the latest updates, comments and opinions from BBC reporters in France. And BBC.com/euro16’s live text commentary will showcase the best minute-by-minute coverage of every match as well as showcasing the best text and video analysis from the BBC’s internationally recognised pundits including Thierry Henry, Alan Shearer and Rio Ferdinand. The live page will also feature breaking team news and fan contributions via social media.

Fans are at the heart of any major tournament so BBC Sport will be broadcasting live on Periscope from the Paris city fan zone. The team will demonstrate what it is like to be at Euro 2016 from a fan point of view and will gauge the reactions from the fans as they experience the joy or despair of following their team.

Exclusive online features include the opportunity for fans to rewind to 20 years ago and relive their favourite moments from Euro ‘96 with full ‘as live’ text coverage of the historic tournament on BBC.com/euro16.

With the help of a ‘super computer’ the BBC will find out which were the greatest international teams of all time, and the BBC will explore how Albania reached their first major finals.

In addition to the digital services, Dan Walker will be in France to present ten dedicated Euro 2016 episodes of Football Focus on BBC World News. Each episode will bring the latest news, analysis and insight from the BBC team as well as a host of big name interviews direct from the team camps.

Audiences can also catch up with all of the action in France on Sport Today as BBC World News’ roster of football experts will be on hand to offer daily sporting analysis as the tournament unfolds. Reporters Steve Crossman and John Bennett will also be on location to capture player and manager reactions to the games and all the gossip from behind the scenes.

BBC World Service will keep global audiences up to date with all of the latest action and tournament updates for football fans around the world. And BBC World Service languages will bring the experiences of fans to its international audience on social media alongside interviews with big name players in their own language – which proved a winning combination in the World T20 in India.

Across TV, radio, online and mobile devices, global audiences will be able to experience the passion and excitement of Euro 2016 wherever they are, whenever they want it.

Online coverage and dedicated Euro 2016 features will be available on BBC.com/euro16. Sport Today airs daily on BBC World News and Football Focus – Euro 2016 Special will air regularly throughout the tournament.