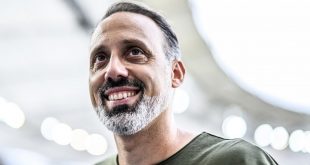 “This season, Christoph (Kramer) has proven just how valuable he remains to this team. His experience on the pitch and his personality make him a very important staple of our team,” said Borussia sporting director Roland Virkus. Kramer himself added: “I’ve always said just how much I feel at home at Borussia. I owe the club a great deal and would ideally finish up my playing career here. I’m loving my football at the moment, so I’m delighted that I will be staying even longer.”

Kramer initally joined Gladbach in July 2013 on a two-year loan from Bayer 04 Leverkusen. He returned to the Werkself for the 2015/16 season, but the midfielder then completed a permanent move to the Foals in summer 2016. The 31-year-old, who was a 2014 FIFA World Cup winner with Germany in Brazil, has featured in 257 competitive games for Borussia to date, scoring eleven goals and assisting 14 more.

It didn’t take long for Kramer to establish himself at Borussia Mönchengladbach, immediately becoming a regular in defensive midfield during his loan spell. He made 73 competitive appearances (5 goals) in those two years – 63 in the Bundesliga, six in Europe and four in the DFB-Pokal. He was a regular on the teamsheet upon his return from Leverkusen too, featuring at least 19 times in all competitions in each of the six seasons since.

Kramer has demonstrated his versatility in the current campaign, not only playing in his usual defensive-midfield role, but also helping out at centre-back and as a number 10. He has only missed the 2-2 draw with Wolfsburg in the Bundesliga and the DFB-Pokal loss at Darmstadt this season due to an ankle injury, otherwise starting the remaining 15 matches. He also captained the club for the very first time in the meetings with VfB Stuttgart and VfB Bochum in November. 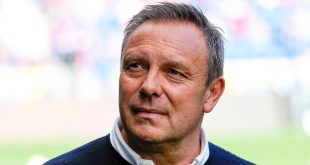