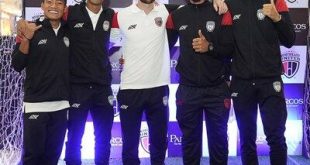 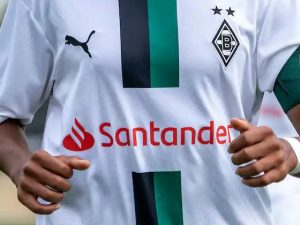 Borussia Mönchengladbach and Santander Bank have agreed on an early extension of the co-partner and main youth sponsorship contract until 2026.

“We have had a trusting, close partnership that goes back 22 years,” said Borussia’s chief executive Stephan Schippers. The bank, which has its German headquarters in Mönchengladbach, first became a partner of the club in 2001 and has been the official co-sponsor and main youth sponsor since 2008/09. “Our partnership has continued to develop during this time. An important aspect is and remains the development of talent. This takes place both on and off the pitch,” adds Borussia’s head of procurement Guido Uhle.

“Santander and Borussia share not only a long-standing and successful cooperation in the development of young talent, but also close ties to Mönchengladbach and the region. Many of our employees and customers are enthusiastic Borussia Mönchengladbach fans and value the numerous offers we provide as part of the partnership,” stressed Thomas Hanswillemenke, executive board member at Santander Germany.

Through the annually held Santander Cup, the partners have not only been able to create a big stage for the young talent of top European clubs, but Santander has also supported infrastructural developments of BORUSSIA-PARK in the past, such as the training centre for Borussia’s youth teams, the Santander FohlenCampus, which opened in 2014, or the construction of the FohlenStall, the boarding school on the club grounds, five years later.

“Supporting local projects is an important part of our commitment to contribute to the attractiveness of the area. We are therefore very much looking forward to future joint projects with Borussia Mönchengladbach,” outlined Dirk Böhme, head of marketing and branding.