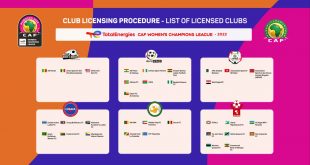 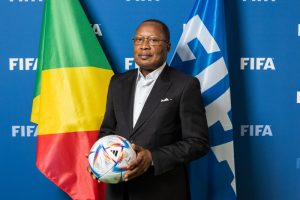 FECOFOOT has already implemented several projects with the support of the FIFA Forward Programme, including a new headquarters, and Mr Mayolas said the latest involved the building of a technical centre with two artificial pitches and accommodation for the players.

“I would like, on behalf of my area and the Congolese Football Association, to thank President Infantino for taking those initiatives, especially for those from French-speaking Africa,” said the FECOFOOT President who met FIFA Chief Member Associations Officer Kenny-Jean Marie in Paris.

Approved by the FIFA Congress in May 2016, FIFA Forward is designed to provide 360-degree, tailor-made support for football development in each of the 211 member associations and is based on the principles of more investment, more impact and more oversight. The aim is to improve the way FIFA develops and supports football across the globe so that football can reach its potential in every single country, and everyone who wants to take part can do so without barriers.

“On a daily basis, we are working with FIFA on the Forward [Programme], that helps associations to develop,” said Mr Mayolas. “You know that FIFA provides the means for football development. I think it is a win-win partnership.”

He added that the Forward programme could help African teams challenge those from other continents.

“There are continents which are more advanced, in terms of football, than us,” he said. “I think that the Forward project is here, especially for African federations like ours, to try to improve, aim higher and attain that through efforts to move forward and conquer world football.”

“I think that all of the African countries stand with the FIFA President to support FIFA’s initiative.”