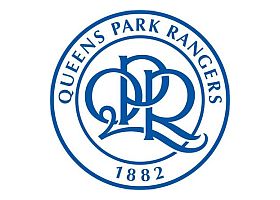 English Championship side Queens Park Rangers are playing with the new branding of BetUK for the remainder of the 2019/2020 season.

QPR has been playing with an online casino brand known in India since 2017, Royal Panda. Queens Park Ranger’s commercial director said, “Royal Panda has been a fantastic partner for the last two and a half seasons. Although Royal Panda will be replaced by BetUK.com until the end of the season, our relationship with the group will be maintained by BetUK.com coming on board.”

The group mentioned by the commercial director is the company LeoVegas Group. The Malta-headquartered company is the owners of both Royal Panda and BetUK. Both brands are eligible to be featured on the jerseys as part of the sponsorship deal between QPR and LeoVegas. The stated reason behind the switch is because LeoVegas is discontinuing Royal Panda in the UK, making an exit from the market due to declining revenues in the region.

Another, not stated reason, is the increased focus LeoVegas is putting on the rapidly growing online gambling market in India. BetUK, as the brand implies, is a UK brand, so it makes sense to have that brand facing the UK directly and use the Royal Panda brand more directly, facing India, targeting customers in this region.

When Royal Panda was announced to feature on the shirts of Queens Park Rangers, the brand didn’t resonate strongly with UK customers, sure there is Royal which resonates with the UK and their relationship with the royal monarchy, but a panda? No, in our opinion it looks like Royal Panda was always a brand destined for markets outside of the UK but capitalizing on the global reach an English Championship team has through TV, Streaming and international media coverage. There’s also 1.4 million Indian people in the UK, with the majority in London. More and more Indian students are flocking to study overseas in London as well. QPR is conveniently located in White City, London, close to the areas most densely populated with Indians.

In other words, profits are declining for Royal Panda in the UK market specifically, but they are not declining in India so it looks like a very sensible strategic decision to exit the UK market and focus more on India.

The team is having a mixed season, currently sitting in the 13th place of the English Championship and they likely wil not have anything to do with promotion or relegation. The expectations coming into the 2019/2020 were low. In the off-season, they made a whopping 15 new signings. The season started well enough with two straight wins but since then the results have been up and down. Expectations are very low for a brand new roster though, it takes time for a new team to meld and find the right dynamics.

You could say that the club is in a tanking mode, there are mostly young players on the roster with inexpensive contracts. QPR has the fifth lowest wages in the Championship currently which is a great achievement considering their current standings and low expectation on the club in 2019/20 and the upcoming 2020/21 season. Queens Park Rangers should be in great shape coming into the new season when their young players have matured more and the club are in better shape financially and able to trader players for key positions on the squad.