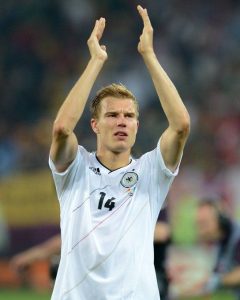 33-year-old Holger Badstuber today announced on Twitter that he is retiring from professional football.

The former Germany international was an FC Bayern Munich youth product and played for the German record champions for a total of 14 years. With the Bavarians, Badstuber celebrated six Bundesliga championships, four DFB Cup victories, a UEFA Champions League triumph in 2013, as well as winning both the FIFA Club World Cup and the UEFA Super Cup once.

After 177 competitive games for FC Bayern, Badstuber moved to FC Schalke 04 on loan in January 2017 and then went on to VfB Stuttgart. Most recently, the defender played for Swiss side FC Luzern.

Badstuber played 31 times for the German national team, but was repeatedly set back by serious injuries. “Of course I’d have wished for fewer serious injuries. But I’m very happy about what I’ve achieved. I’m grateful for everything,” wrote Badstuber, who is now pursuing a coaching qualification.