Germany’s Sami Khedira becomes an ambassador for “Turbo for Talents”! 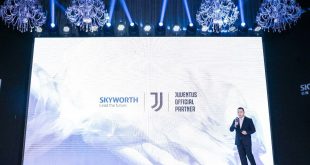 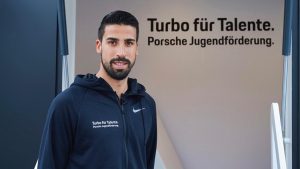 The youth development programme run by Porsche AG now has a prominent advocate: German national football player and world champion Sami Khedira has been named as the new ambassador of “Turbo for Talents”.

The Stuttgart native has already been involved in encouraging young talent for a number of years. In 2016, he received the Order of Merit of Baden-Württemberg for his work with disadvantaged and sick children and young people through the Sami Khedira Foundation. During his first appearance representing the partnership, Khedira met some young athletes from the partner associations at the “Talent showcase” run at the ice rink belonging to the SC Bietigheim-Bissingen Steelers youth team. He also completed the Porsche Mobile Coaching programme to establish benchmarks for the young talents.

“We are delighted that we have been able to partner with Sami Khedira for our youth development programme”, says Lutz Meschke, Deputy Chairman of the Executive Board and Member of the Executive Board for Finance and IT at Porsche AG. “He grew up in the region, and it was also here that he developed from a talented young footballer into a national player with a remarkable personality. In addition, his commitment also demonstrates that supporting young people both in sport and socially is just as important to him as it is to Porsche.”

As an ambassador for “Turbo for Talents”, the 30-year-old will attend events such as the “Porsche Nacht der Talente” (Porsche Night of Talent) being held in May in Stuttgart. He also provides personal interviews and training tips for various sports on the website www.turbofürtalente.de.

Following his development in the VfB Stuttgart academy, Khedira went on to win the Bundesliga with VfB in 2007. He was captain of the U21 European Champions in 2009, and helped Germany become World Champions in 2014. He has celebrated victories with Real Madrid in La Liga and the Champions League, and two Italian championship titles with his current club Juventus so far. Khedira remains closely connected to his hometown of Stuttgart. “I had a great childhood but I know that in my hometown there are children and young people who do not have the same opportunities and the same luck that I did”, says Khedira. “This is why I think that the way Porsche promotes young talent and offers opportunities to children and young people for personal development through sport is so good and also important.”

Porsche supports talented youngsters in various sporting disciplines at its different company locations under the motto “Turbo for Talents”. This programme includes partnerships at youth level with the Bundesliga football team RB Leipzig, as well as the SV Stuttgarter Kickers and SG Sonnenhof Großaspach. The SC Bietigheim-Bissingen Steelers also count on the support of Porsche when working with up-and-coming ice hockey stars and when holding the annual “Porsche Eishockey Camp” (Porsche Ice Hockey Camp). In addition, the Ludwigsburg Porsche Basketball Academy (BBA), in cooperation with 12 partner clubs and 55 partner schools, enables around 2500 children from the region to play their favourite sport and promotes outstanding talents. Since 2012, the collaboration with the German Tennis Federation has also been aimed at performance-oriented young talent: The best young players in Germany today receive support in the Porsche Talent Team Germany.

This commitment is not just about supporting a high­quality sports education; it is also about the social and personal development of children and young people. All information regarding the diverse Porsche youth development programme can be found online at www.turbofürtalente.de. 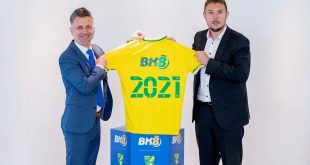