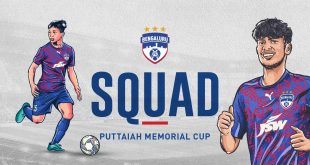 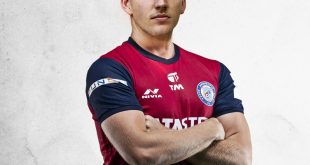 Following an intense Group Stage, the AFC Cup 2022 challengers are now within reach of being crowned first-time champions when they compete in the decisive Knockout Stage which begins on Tuesday on August 9, 2022.

With 12 aspiring clubs aiming to lift the trophy, the stage is set for enthralling encounters leading to the all-important Final on October 22.

The road to the Final will begin with the ASEAN Zonal Semifinals when Group H winners, PSM Makassar of Indonesia, take on Group G leaders Kedah Darul Aman of Malaysia at the Capt. I Wayan Dipta Stadium on August 9 at 7pm.

Meanwhile, Vietnam’s Viettel FC and Kuala Lumpur FC square off the next day at 6pm, at the Thong Nhat Stadium. The winners of this match will host the ASEAN Zonal Final against the champions of the PSM Makassar-Kedah Darul Aman encounter on August 24.

In the Central Zonal Final, FC Khujand from Tajikistan, who advanced past the Group Stage for the first time, will host PFC Sogdiana from Uzbekistan at the 20 Years Independence of Tajikistan Stadium on August 17 at 3:30pm.

The victors will join Eastern Long Lions from Hong Kong and ATK Mohun Bagan from India – the East and South Zonal winners respectively – as well as the ASEAN Zonal champions in the Inter-Zone Semifinals scheduled for September 6 and 7.

Following the withdrawal of Eastern Long Lions as the hosts of one of the Inter-Zone Semifinals, the AFC has confirmed that the match will now be held in the venue of the Central Zonal champion between FC Khujand and PFC Sogdiana on September 6 in either Tajikistan or Uzbekistan.

The second Inter-Zone Semifinal will be hosted by ATK Mohun Bagan against the ASEAN Zonal winner the following day.

In the West Zone Semifinals, Kuwait’s Arabi SC hosts Oman’s Al Seeb Club at the Kuwait Sports Club Stadium on September 5 at 8pm while the all-Bahraini contest takes place between East Riffa and Al Riffa the following day at 8pm.

The winners of the West Zone Semifinals will qualify to the West Zonal Final, to be staged by the victors of the Arabi SC-Al Seeb Club tie on October 4.

The exciting Knockout Stage will then culminate in the Final to be played at the home of the Inter-Zone champions against the West Zone winners on October 22.