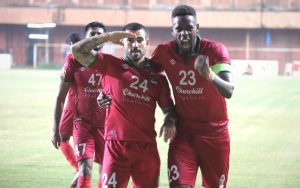 Churchill Brothers registered their first victory of the season, as they mounted a second half comeback to defeat Mohammedan Sporting Club 2-1 at the Tilak Maidan on Tuesday, December 6.