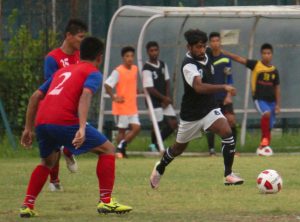 Dipankar Das and Sheikh Faiaz struck on either side of the break for Mohammedan Sporting to seal the friendly win.

“This was our second match in just 48 hours, and playing against a strong team like Army XI is never easy, but the way the team showed character in the field is really commendable. However, there are still some areas which need strengthening, but overall I am happy with team’s performance.” said Mohammedan Sporting head coach Mridul Banerjee after the game.