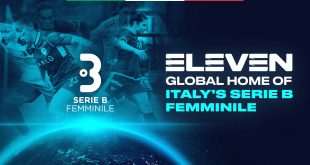 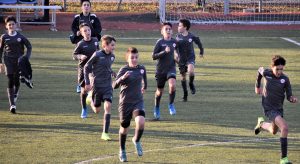 A few months ago, A.S.D. Zola Predosa celebrated 20 years of history. A journey that began on March 16, 2001, when 35 members were first recorded in the club’s registers, which continues steadily thanks to the 400+ members in the youth sector, juniors and first team. The club was created to fill the youth football gap in Zola Predosa and has always dedicated itself to the growth of every young athlete who joins in terms of both football and education.

THE YEARLY COMPETITION WITH PROFESSIONAL CLUBS

A club’s success is often not measured by a single result but rather by the quality of a project. An example of a winning project is certainly that of the “G. Venturi” National Tournament, which Zola Calcio organises every year and which sees the participation of many professional clubs from all over Italy, including Juventus, Inter, Roma, Atalanta, Bologna, Empoli and Sassuolo. It is a three-day event in which amateur clubs from the Bologna province gain access to an important opportunity for growth and experience, challenging themselves against top professional clubs.

DOMINATING IN THE REGIONAL AMATEUR SCENE

20 years of history and passionate work has led Zola Calcio to become, today, one of the most important and well-structured clubs in the regional amateur scene. Offering the best service to its athletes and guaranteeing them a path of consistent growth over the years lies at the foundations of the company’s planning with regards to the youth sector, and as such, this is an important milestone of recognition for the club. Looking ahead, the club’s prospect and hope is that of seeing more and more locally grown athletes being selected by professional clubs and making their debut, one day, in a first league championship.

MACRON, A PAST PRESENT AND FUTURE PARTNER

The relationship between A.S.D. Zola Predosa and Macron has been consolidated for years, and the mutual satisfaction allows effective long-term planning. A partnership driven by certainty both in the present and for the future, as reiterated by Fabio Zaza, Head of the Youth Sector: “Zola Calcio and Macron have been together for many years. Besides being a Bologna-based company, it guarantees us excellent product quality. We are happy and satisfied with this choice and we will surely be together for many more years.” 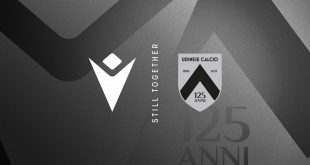 Today is the official date to celebrate the 125th “birthday” of Udinese Calcio. The club …