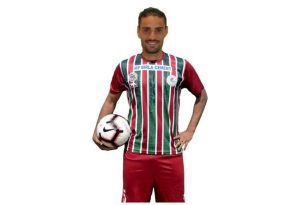 The signing was initiated by head coach Kibu Vicuña after discussing with the Mohun Bagan management.

Mohun Bagan directors Srinjoy Bose and Debashis Dutta confirmed that “Salva Chamorro is an experienced striker with lots of skills, vision and has all attributes to become a Mohun Bagan player. We are delighted that he has signed with our club and we are all looking forward to working with him.”

Salva Chamorro said, “This is a challenge I am really looking forward to. After I spoke with Kibu and read about the legacy of Mohun Bagan, I never had any doubts in mind. I am looking forward to working with Kibu, meeting the team and getting started.”