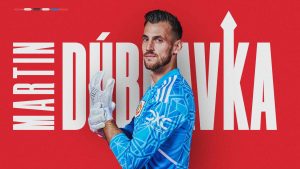 Martin Dúbravka has been recalled by Newcastle United from his season-long loan spell with Manchester United.

The Slovakia international goalkeeper joined the Red Devils on a temporary basis in September 2022 and made two appearances under Erik ten Hag.

Dúbravka, who joined the Magpies from Czech side Sparta Prague, initially on loan, in January 2018 has made 130 competitive appearances during his time on Tyneside, recording 37 clean sheets in the English top-flight.

And he will now provide further competition for Nick Pope, who kept his ninth league clean sheet of the season – the most in the Premier League – in Saturday’s 0-0 draw with Leeds United.