Odisha FC’s Michael Soosairaj on the road to recovery! 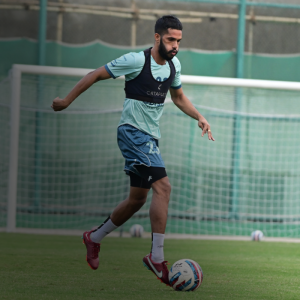 Michael Soosairaj is working hard in a bid to regain full fitness after injury ruled him out for the first half of the 2022/23 season.

The Chennai winger has been completing his rehabilitation at the Odisha FC training facilities, with a view to being back in action in the second half of the ISL – Season 9.

A personal training program was put in place for Michael Soosairaj and he has been training well over the past few weeks.

The last competitive game for the winger was in the Durand Cup. A return to fitness will boost Josep Gombau’s attacking options for the second half of the season.

The Eastern Dragons will be flying to Goa for their game against the Gaurs on December 10 at the Fatorda.