TAG Heuer is now Official Timekeeper of the J-League in Japan!

Arunava Chaudhuri 2016-10-28 Asia Comments Off on TAG Heuer is now Official Timekeeper of the J-League in Japan! 2,407 Views 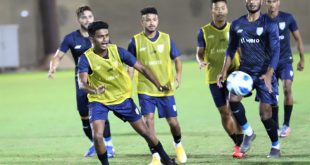 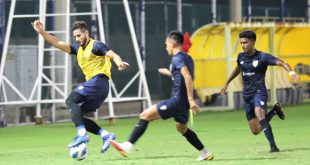 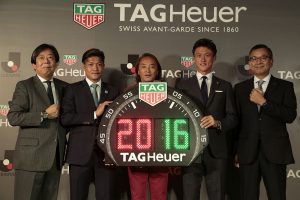 The renowned Swiss watch brand TAG Heuer earlier this week announced that they are the new Official Timekeeper of the Japan football league, the J-league, as a top partner.

The J-League chairman, Mitsuru Murai said, “We are very excited about this new partnership with TAG Heuer who will become the J League’s first official Time Keeper. ”

The official press announcement was the occasion for TAG to present its historical strong bonds with the sport universe, with a special highlights on the very active connection to football worldwide.

But the climax of the afternoon was of course the first Japan football wall challenge moment, a defy of agility and precision for the two J-League star players and the legendary midfielder. After a tight tournament round, Tadanari Lee finally beats his senior, and confirmed he truly deserves to the MVP and best player of the J-League this year. He received as a special prize for this performance a TAG Heuer Carrera Calibre H01 chronograph 43mm, the newest model launched in Japan this fall.