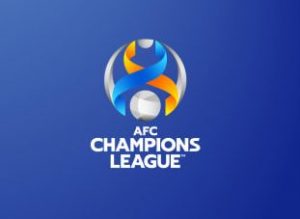 After shining the spotlight on the standout displays by goalkeepers and defenders in the AFC Champions League 2022 group stage, it’s time to turn the attention to the midfielders as the-AFC.com highlights those who shone in the first round.

To select the candidates for each position, we have reflected on match data from the group stage to draw up a statistics-based approach to present the outstanding performers.

Here are eight midfielders whose displays on the continent set them apart.

No stranger to our lists over the seasons, Salman Al Faraj delivered the goods once more in the group stage as his composed performances in midfield helped Al Hilal ease into the knockout rounds for the 13th time. As ever, their skipper, the heartbeat of the team, controlled the flow of the game from the centre of the park.

Al Faraj completed more successful passes and had more touches than any other player in the group stage, while he also excelled as a creative force with the second highest number of chances created among midfielders and third highest passes into the final third. He even added a rare goal, netting the winner in the 1-0 Matchday Three victory over FC Istiklol.

It was a group stage to remember for Kitchee SC as they built on last season’s impressive display by becoming the first-ever side from Hong Kong to reach the knockout rounds. While the AFC Champions League’s all-time top scorer Dejan Damjanovic often grabs the headlines, it was their Brazilian midfielder Cleiton who posted the eye-catching stats.

Despite playing just four games in the only three-team group, Cleiton won more duels than any other midfielder and was also in the top three for chances created and tackles won as he proved a key component both defensively and going forward. His most important contribition, however, was a stoppage-time corner that led to Raul Baena’s equaliser against Vissel Kobe that saw Kitchee progress in dramatic fashion.

Back in 2017, Nawaf Al Abed’s performances in midfield helped Saudi Arabia reach the 2018 FIFA World Cup and former side Al Hilal advance to the AFC Champions League final, but injuries hit him hard in the ensuing years. Having since switched to fellow Riyadh club Al Shabab, the 32-year-old is looking more like his former self.

Making their first appearance in the competition since 2015, Al Shabab breezed through the group stage, with Al Abed’s five assists more than any other midfielder, with one in three of the chances he created resulting in a goal. He was also on the scoresheet against Iraq’s Air Force Club with what was his first AFC Champions League goal in more than five years.

Making his AFC Champions League debut, Bruno Lamas created more chances than any other midfielder (and was second overall) as he shone brightly in a Daegu FC side that recovered from a shock Matchday Two defeat against Lion City Sailors to advance to the last 16 for the second time in two years.

The Brazilian made more passes into the final third than any other midfielder, created two of his side’s 14 goals and was also on the scoresheet against Shandong Taishan. After helping Daegu into the last 16, however, Lamas has since joined K League 2 side Busan IPark and will not be part of his now former team’s knockout round campaign.

While Mumbai City fell at the group stage, it was a historic campaign for the Indian side as they picked up their country’s first-ever win in the AFC Champions League, and their combative midfielder Ahmed Jahouh delivered some outstanding displays in the centre of the field to help them do so.

The Moroccan, who has been at the club since 2020, won more tackles and won possession back more than any other midfielder, while he was also second among midfielders when it came to passes into the final third as he proved a standout performer in a side that can reflect on an excellent maiden campaign.

He may not have been a regular starter for Urawa Red Diamonds but Yusuke Matsuo delivered the goods when called upon, with no midfielder in the group stage scoring more than his five goals as the former Yokohama FC player helped the two-time champions return to the knockout rounds once more.

His first-ever AFC Champions League appearance yielded an assist and a goal against Lion City Sailors, while braces in wins over the same opponents and Shandong Taishan meant he finished the group stage having scored an eye-catching one goal for every 58 minutes he was on the pitch.

Having excelled in Nasaf’s run to the AFC Cup final last year, Serbian midfielder Marko Stanojevic did likewise in the continent’s premier club competition as his all-round performances helped the Uzbek side qualify for the knockout rounds for the first time in five attempts since debuting a decade ago.

Defensively, just three players won possession back more than Stanojevic, while going forward he created almost two chances per game for his teammates and netted three goals that included a double in the 2-0 Matchday Two win over Al Wehdat and another in the Matchday Six draw with the same opponents that secured Nasaf a place in the next round as one of the best runners-up.

In what was a competitive-looking group, Thailand’s rising force BG Pathum United advanced to the Round of 16 for the second successive year with their unbeaten record intact, with Pathomphon Charoenrattanapirom displays against teams widely considered their main rivals for top spot key.

In the opening-day draw against Melbourne City, Pathomphon delivered an exquisite cross for Teerasil Dangda’s equaliser before he netted the first goal in a 2-0 win over Jeonnam Dragons on Matchday Two as the four points against the two sides went a long way towards seeing BG Pathum top Group G.