The Green Shirt of Bologna FC 1909 by Macron! 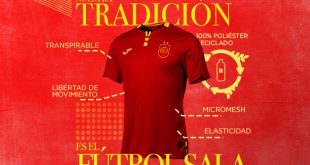 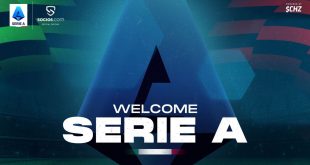 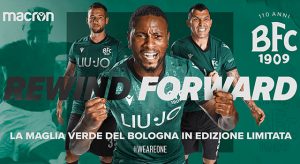 Concluding the set of kits designed exclusively for Bologna FC 1909 by Macron, the club and the long standing technical sponsor are proud to present the third shirt that will be worn in the 2019/20 season.

On the right side of the chest is a silicon Macron Hero, while on the left, sitting over the heart is a special crest which pays tribute to the 110 years of Bologna FC.

The kit is available in a specially made boxes that tell the story of the third shirt in a graphic novel form. As a special edition shirt there are only 1909 available, all of which have been numbered by hand.

The new kit has been designed through a process of collaboration between the club and the design team of the Italian sports brand. Both have worked to ensure that the colours, symbols and history of the club are represented in the kits while also ensuring the technical performance quality that Macron is renowned for.

Previous WHO and FIFA team up for health!
Next Aizawl FC hand Mizoram Police their first MPL-8 defeat! 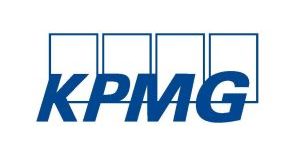