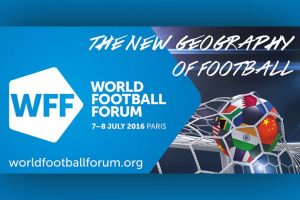 At the World Football Forum on Friday, July 8 at the L’Hotel du Collectionneur in the heart of the French capital Paris, we Chris Punnakkattu Daniel (cpdfootball) and myself (arunfoot) caught-up with striker Iain Hume of Atletico de Kolkata at the forum to speak with him about the current scenario in Indian football.

Canadian international Iain Hume was part of the original Indian Super League draft in 2014 and was picked-up by Kerala Blasters, became one of their heros and the ISL’s player of the season before shifting base to Atletico de Kolkata and also becoming a hero in Kolkata.

We spoke about Iain’s experiences in India, his comeback with the Canadian national team and his time over the last few months playing in Spain between his ISL engagements.