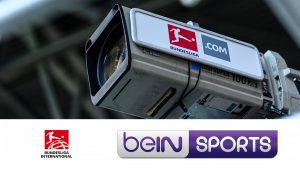 beIN MEDIA GROUP (“beIN”) and Bundesliga International have agreed a new deal for the broadcast of the Bundesliga and Bundesliga 2 on beIN SPORTS France and Turkey until the conclusion of the 2024-25 season.

In both countries, the four-year agreement includes exclusive access to all Bundesliga and Bundesliga 2 matches every season, as well as the German Supercup and relegation play-offs. The renewal also extends the trusted partnership between beIN SPORTS and Bundesliga in France to more than a decade.

Bundesliga International CEO Robert Klein said, “Having worked with beIN for many years, we know the world class production that comes with each broadcast, alongside the comprehensive digital and social coverage, and we were eager to continue this journey with them.”