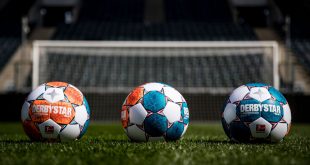 Starting from matchday 5 of the 2020-21 season, fans will be able to enjoy a fascinating new insight into Bundesliga fixtures. This is the latest innovation to be made possible by the cooperation between the DFL and AWS: Using DFL’s data collection and AWS’s tools, the Speed Alert identifies the maximum speed attained by each player during each match. At the same time, an editorial team is on hand to place these maximum values in context.

The Speed Alert is triggered when a speed measured represents a personal best, a team record, a record for the match or the entire season, or even a new Bundesliga record. Thanks to instantaneous data processing, this information is delivered immediately to media partners and hence to the screens at home.

Speed is critical in both attack and defence. On matchday 1, Borussia Dortmund’s Erling Haaland accelerated to over 35 km/h (21.7 mph) in the 3-0 win over Borussia Mönchengladbach. At almost 10 meters (32.8 feet) per second, that made him the fastest player on the opening day of the season. In terms of defenders, Bayern Munich’s Alphonso Davies stands out as the fastest Bundesliga player since data collection began. The 2019/20 Rookie of the Season was one of only three players to break the 36 km/h (22.4 mph) barrier last season. The top three was completed by the Bayer Leverkusen pairing of Moussa Diaby and Leon Bailey. The Bundesliga has many more players with outstanding sprint speed – and thanks to the Speed Alert, high speeds will now be immediately identified and placed in context.