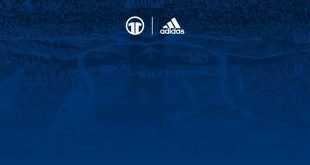 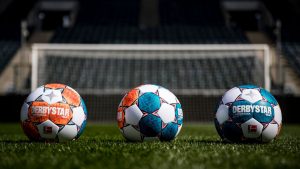 DERBYSTAR today unveiled the official match ball of the Bundesliga and Bundesliga 2 for the upcoming 2021-22 season. As in the current season, the company based in Goch in the Lower Rhine region has opted to continue with a design that features two striking colours – this time dark blue and orange. The material of the new Bundesliga Brillant APS is identical to that of the previous model.

DERBYSTAR has supplied the official match ball of the Bundesliga, Bundesliga 2 and the Supercup since the 2018-19 season. The cooperation between the DFL and the internationally recognised, long-standing brand was recently extended until 2026.

Ever since the company was founded in 1968, DERBYSTAR has specialised in the production of hand-stitched balls and was among the first manufacturers to make balls using synthetic materials. DERBYSTAR, which belongs to the SELECT Sport Group, was already represented in the German top flight in the 1970s – initially thanks to numerous partnerships with clubs – before DERBYSTAR balls were used for all 306 Bundesliga matches in the 1979-80 season.